They say, when you decide to do something, the entire universe conspires to help you reach there. Well, for programming, it is quite true.

The internet contains millions of pages written solely to help wannabe programmers like you. There are hundreds of questions being created every day on stack overflow and more than 90% of them get an answer within 24 hours.

So if you have the ambition to be a programmer, you can rest assured about not getting lost.

To become a programmer, one of the first steps you need to take is learning the basics of one programming language. Now if you start reading some JAVA guide with 500 black and white pages of dull and dry letters written in a hard to understand language, Programming can seem quite intimidating.

But of course, everything seems quite intimidating at the beginning, right? Even walking on two legs was quite a daredevil stunt for us as babies. But now that we have repeated the task countless times already. It seems hella easy.

It’s the same for Programming. Once you get the hang of it, and you start understanding programming more deeply, bet on me, you’ll never see Programmers as aliens or some sort of higher dimensional intellectual beings.

Well, that was quite a long introduction to a subtopic. But I thought it was necessary to give you a boost of confidence. Hope it did

Computers only understand a single language. That is Machine Language. Now don’t get me wrong. Siri and Google Assistant can understand human language. But those are not computers. Those programs created using High-Level Programming Languages.

Machine Language is essentially a binary language, which consists of two states, that is, 0 and 1 or ‘Off’ and ‘On’ or ‘False’ and ‘True’. Since computers or any other electronic device can only be in two basic states(On or Off), the machine language also consists of only two numerals, 0(off) or 1(on).

From this, you can quite imagine how complicated it can be to convey a simple text message to a computer in its native language!

To make things easier, Computer Scientists developed high-level programming languages. These languages were not made up of 1s and 0s. Instead, it uses English words such as ‘if’ and ‘while’!

Now that’s quite convenient, right? But High-Level programming languages cannot be understood by computers. Why? Because computers only know machine language and most probably they will never understand the human language on their own.

So then, why do High-Level Programming languages work? Well, it does not work on its own. Programs written in these Programming Languages are ultimately converted to Binary language using computer programs called Compilers. These convert the High-Level language code into Binary code, which is later run in the computer CPU(Central Processing Unit).

THE PERFECT PROGRAMMING LANGUAGE FOR BEGINNERS!

Since you are reading this guide, I hope you are new to programming and that you have little to no programming knowledge. And that must mean you want to find out some easy to start programming languages for beginners, right?

The first step to your programming journey has already been accomplished. “Deciding that you want to learn to program”! Now the next step is to choose a programming language. This step is pretty crucial and can play an indispensable role in where you’ll reach in the next few years.

Many people on the internet argue that the best programming language for beginners to learn is Python, or some might say that it’s Swift(iOS and OS X applications can be created using this language).

Well, what is this ‘Ideal’ language that these people are talking about?

To be honest, I think there are no such ideal programming languages for beginners. Now hold on, you came here to find out the perfect programming language and now after you read till here, I’m saying the whole title was a joke? No. The title is true.

CHOOSING THE RIGHT PROGRAMMING LANGUAGE FOR ‘YOU’

Just like how a carpenter uses a hammer a lot in his job, an electrician might use a plier. For both of them, they might have different favorite tools. Now you can’t ask a wannabe carpenter to be a master of using pliers first, can you?

Likewise, you can’t ask someone who wants to make websites to learn C++ first. It would be way better for him to learn HTML or JavaScript first.

So ultimately it all depends on what you want to do.

Here are some questions that you can ask yourself to find that out:

And finally here’s a bonus tip if you can’t answer the above questions:

Now whether you have answered the above 3 questions or not, here are some programming languages for beginners that I would recommend trying out.

Many consider C++ to be one of the most powerful programming languages. Furthermore, Robots can be programmed with C++. Even some amazing games are made using C++. Now talking about games, making games were what taught me the basics of Computer Science. Back then, I used to make games using C# on Unity, a game engine. Making games was really fun, and learning things that way, helped me grasp the concepts faster and retain them longer in my memory.

So, if you are into making games or robots, C++ is the language for you. But if you want to make games alone, then C# is the better way to go since the Unity Game engine(C#) is much easier than the C++ one(Unreal Engine 4).

To Know: Fortnite and PUBG were made using Unreal Engine

Java is one of the oldest, yet largely in-demand programming language. Why is it so special? Now, recall some of your most favorite apps and games. Most likely, Java was used. Created by James Gosling, Java is highly portable. This means that a single java file can run across different platforms or OS(s) without needing to be re-written for each of them.

So, if you are someone interested in creating android applications, then Java is the way for you.

To Know: Demand for Java has dropped quite a bit in the past free years, because of the release of Flutter by Google. Flutter uses Dart language. Apps created using flutter works on both Android and iOS!

First I want to clear one important confusion for you. That is, Java and JavaScript are not related. They are not the same nor are they related. They are different programming languages of their own. As quoted by Sampson on StackOverflow “Java is to Javascript as what Car is to Carpet.”

Now coming back to the topic, JavaScript is an amazing programming language, which is very easy to learn. The entire internet you are using does a great part of its function because of the existence of this noble language. Previously, The Unity Game Engine also used JavaScript, but now it seems to have been discontinued by them.

JavaScript is the language for those who want to make stunning websites, both backend and frontend(What you see and what you don’t of a website).

Try Now: If you are reading this currently on a PC, and are using the Chrome browser, then you can run some javascript code now. Press Ctrl+LShift+J. Now in the text editor that has appeared(left to a small blue arrow), type in: prompt(‘What is your name?’).

Before we jump into the no.1 on this list, I hope you liked this post so far. If you did, I would really appreciate if you shared this post. It motivates me to write more for you guys.

You may have seen the entire internet exaggerating the power and potential of python. In fact, these exaggerations are quite true. But, why is it so?

I don’t know about you, but these reasons were quite enough to make me love Python. Machine learning(Subset of AI) is a field with great potential(Not just an opinion). And because of this, learning Python can never be a loss! You can bet me on that!

Readers of this article also read: Top 10 websites for self learning

Conclusion: Now, in the end, it’s all up to your taste and what you want to make. If you want to go for web development, there a whole world of programming languages and frameworks for you to learn.

If you still have any trouble finding the way for you, do not hesitate to enquire in the comment section below of this post. Or you can get in touch with us through our Instagram page DoWithTech. 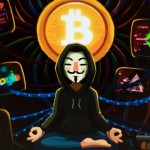 Top 8 Mobile Apps for self learning

You may have missed

How to copy files from/to a Linux VM

How to create an FTP server on a Linux Virtual Machine hosted on Cloud?